CELEBRATING SATIRE at the Grahamstown Festival 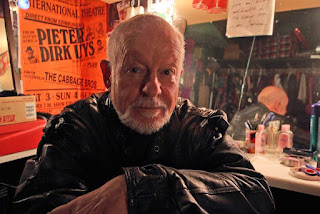 With the spotlight on satire, esteemed satirist Pieter Dirk-Uys, who is popularly known for his character/alter ego Evita Bezhuidenhout, will be honoured by the festival for his contribution to genre. His productions, The Echo of a Noise, Never Too Naked and A Part Hate A Part Love, will be shown during the festival and he’ll also premiere his new play, African Times.

Uys has been in the field of theatre for close to 50 years and has written more than 20 plays. Three of his films: Farce About Uys; Adaptor Dye; and Skating on Thin Uys, will also get some time on the silver screen as part of the film festival. The overall film programme will explore “limits of expression and liberty”.

Uys’s work has for years addressed the transformation, or lack of, in South Africa through satire. With productions such as Evita for President and Elections & Erections, the 69-year-old performer and social activist’s work is inspired by politicians. Social commentary tangled in comedy is what Uys does best.

His daring work has earned him the prestigious Truth and Reconciliation Award in 2001 and in 2012 he received both the FW de Klerk Goodwill Award and the German-Africa Award.

Satirist Conrad Koch of Late Night News with Loyiso Gola, will also take to the stage with his puppet Chester Missing in Missing, the personal story of Koch. Other comedians include Gola and Iain EWOK Robinson.